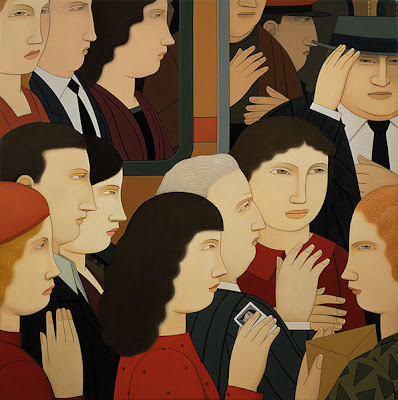 Oh, my. Please look at this. A friend of mine over on facebook posted it and it is quite wonderful:


Today I will conjure love from the empty air. I will call it out from thin places where people walk without breathing, from dark places where they stumble without seeing. I will find love in those I do not like and let love appear in the faces I avoid. I will make room for love in my life even if I feel overcrowded with worry. I will offer love without restraint even if I have not received love in return. I will dance with love in innocent pleasure. I will sing love as though my voice were a new discovery. Today I will be the love God made me be when God called me from the empty air.

It is by Bishop Steven Charleston who, these days, lives right here in Oklahoma.
~~~
Posted by Ellie Finlay at 8:07 AM 7 comments: 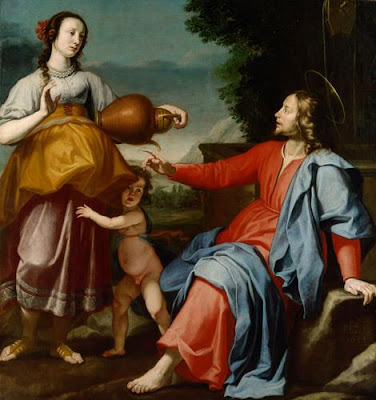 I have valued the website entitled Spirituality and Practice for a good many years now.  I found the following quotation there today:


"Only a renewed consciousness of the worth of each and every one of us can provide the beginning of a new politics and of community that could bring us together. To create such a new consciousness will be a formidable spiritual and political task."

— Jim Wallis in The Soul of Politics

To Practice This Thought: See the image of God in every person you encounter today.

Election year in the United States can be a very stressful time for anyone and it can be difficult for some of us to maintain the kind of spiritual outlook we truly want to have. The recommendation above can help, I would suggest.
~~~
Posted by Ellie Finlay at 8:04 PM 4 comments:

Sorry I haven't posted for a while, dear people. I've been down with a very unpleasant cold and cough.

The futility of declaring sin illegal

This is a re-post from a while back. It really does seem pertinent for right now: 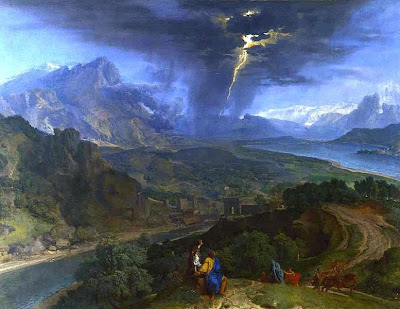 Artist: Francisque Millet
Image from Wikimedia Commons
Today's religious right could sometimes be seen to be promoting a new puritanism. But, you know, it really doesn't work to impose one's belief system or moral code on other people:


Two thousand years of failure have not taught some reformers that you can't stop sin by declaring it illegal. Two thousand years have not taught them that you can't save a man's soul by force -- you can only lose your own in the attempt. Drunkenness and gambling and secularism and lechery -- various hopeful churchmen have earnestly tried to outlaw them all; and what is the result? A drunken nation, a gambling nation, a secularist nation, an adulterous nation. And, often, a ruined Church.

In case you don't recognize the name Joy Davidman, she wrote a number of books including Smoke on the Mountain (from which the above passage is taken) and was also married to C.S. Lewis.
~~~
Posted by Ellie Finlay at 9:59 AM 2 comments: 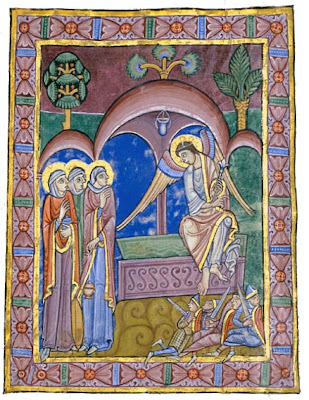 I continue to mourn the much too early passing of this wonderful writer and speaker:


“Mostly it is loss which teaches us about the worth of things.”

― Arthur Schopenhauer
~~~
Posted by Ellie Finlay at 2:12 PM No comments:

WITH Jesus on the cross

I offer you the final paragraph of a sermon preached this day by Diana Butler Bass in Alexandria, Virginia. I do love what she says here about "God's dream of love and justice for the whole world."  May these words truly speak to us in our own reflections of what it means to be with another.


"The Cross isn’t a contract between God and sinners; the Cross is God’s definitive expression of kinship and love—that everything, everywhere, through all time, is connected in and through pain and suffering. We are with Jesus on the Cross, not at a distance from it, standing by, watching safely from afar; those are our hands and feet nailed, our blood dripping, our voices crying out “We thirst.” And Jesus on the Cross, naked and mocked, is with us all on every broken-heartened, betrayal-laden, blood-soaked day of human history. That is God’s Passion; that is Jesus’ Cross. And, in the tortured Christ, we find the hope to endure, a love for others and creation, the power to enact God’s dream of love and justice for the whole world. We are with God. God is with us. This is why the Cross should cause us to tremble, tremble. We tremble at the fearsome with of God." 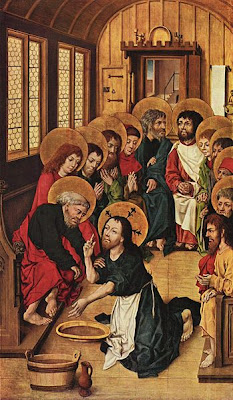 Image from Wikimedia Commons
An excerpt from a sermon by the Rev. Dr. Frank Hegedus:


The word “Maundy” does not have any meaning in and of itself. It is one of those exotic Episcopal or Anglican terms we sooner or later all become familiar with in our church. Scholars are not even sure of the word’s origin, though most now believe it to be a Middle English corruption of the Latin word mandatum – “commandment” – which appears in an ancient antiphon assigned for this day: “I give you a new commandment, that you love one another.”

This antiphon, taken of course from today’s gospel account, is an apt summary of what this day is about. And Jesus’ commandment to love is as much a new commandment today as it was in his own time. The command to love is, after all, always new – as is love itself. And the lesson of this day, Maundy Thursday, applies equally well to last Thursday and next Thursday and to all the Thursdays and other days yet to come. It is a lesson or mandate we, as followers of Christ, dare not forget.

And yet, we do forget. Sadly, tragically, inexcusably, we forget.
~~~
Posted by Ellie Finlay at 8:10 AM 1 comment: